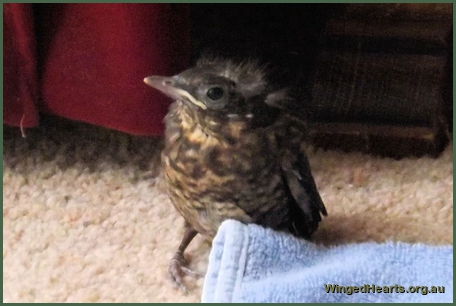 I enclose some photos of birds. The first one is a fledgling blackbird that I rescued on the road as a large crow was about to attack it. I treated him for shock and fed him with mealworms, earthworms and raisins f or 3 hours. Then I took him outside to the garden, where he dived into a flower bed.  His father came to me for mealworms for his other fledgling, and he paused, hearing the rescued young, and he fed it and they were reunited.. Later my husband said that Luke, the parent blackbird, saw me take the fledgling into the house, so he must have trusted me, which was reinforced when his young one was returned to him.

by Charmaine from Bats Qld 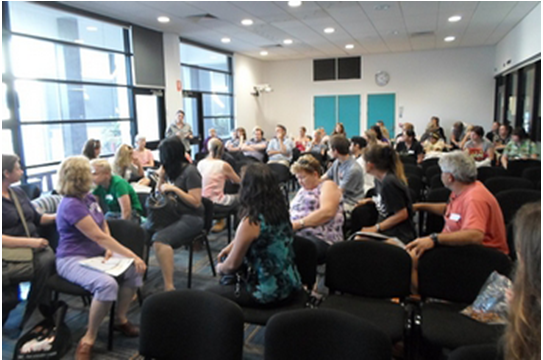 A little over a year ago we were coming to terms with the death of over 50,000 bats in a heat stress event in SE Queensland. For most of the carers who attended the colonies on that day, this was their first experience with a heat stress event and most were left with feelings of frustration for their lack of knowledge on how to handle an event.

Moving on one year and although there has been no improvement in predictions of further heat stress conditions, there has been a vast improvement in the knowledge of most of the bat carer groups in how to work a heat stress event. In September 2014, Bats Qld organized a HSE workshop for all carers at the RSPCA Wacol. In the morning Linda Collins covered the basics of how to identify the different stages of a heat stress and what to do at each of the stages. In the afternoon, Tania Bishop presented a talk on how to treat heat stressed bats. The notes and manuals from these talks are available on http://www.longgrasssystems.com.au/heatstress.html.

Recent reports from CSIRO and other climate change experts (http://www.garnautreview.org.au/index.htm) predict that the number of days hotter than 35 degrees will be dramatically increasing in Queensland which would suggest that heat stress events will become a norm rather than a rare occurrence. Flying foxes, especially Black Flying-Foxes, have not been exposed during their evolution to such high temperatures and the speed of this climate change means that there will probably be no time for evolutionary selection to favour bats that could handle increased temperatures. If this happens, bat care groups and their members will be called on to attend heat stress events on a regular basis. As a group, Bats Qld has made considerable progress towards preparedness for the next event. A core number of our members have been trained and will be able to supervise untrained volunteers at an event. We have stored at Woodford a number of backpack sprayers (which are the first line of action in an event) and water containers and we are currently working on the final draft of the Woodford Colony Plan. Although none of this will prevent a heat stress event, it should go a long way towards reducing the number of bat deaths on the day. 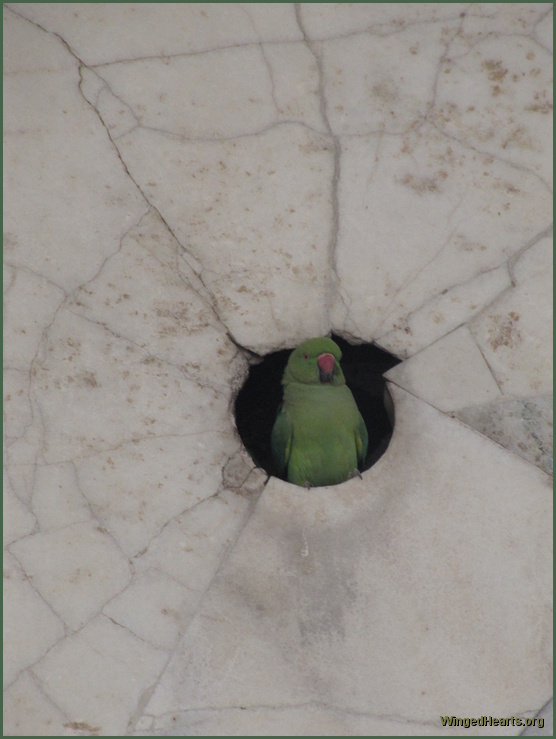 Parrots have found a cool and comfortable nesting place,

safe from predators in the marble at I'tmad-ud-Doulah's tomb in Agra.

How To Communicate With Backyard Birds 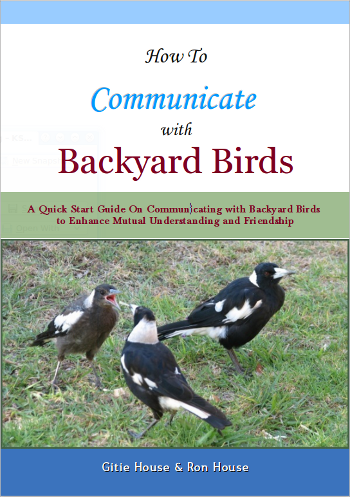 How To Identify Individual Birds

(Available on Amazon.com. To buy - click on the image below) 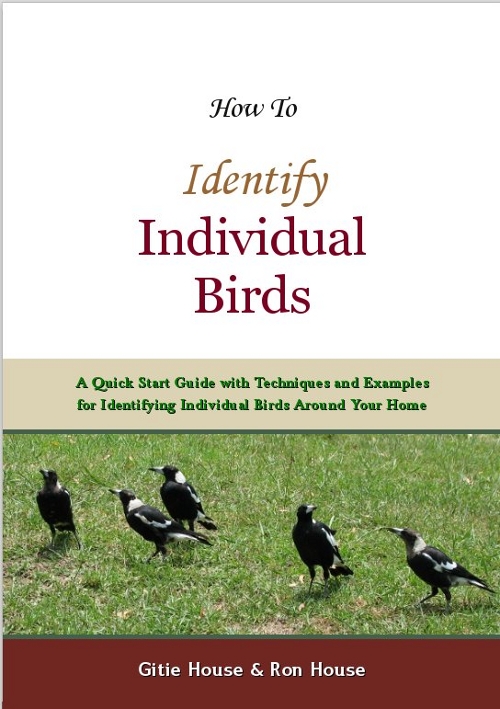 How well do you know the birds that live around your house?

A group of birds could be members of a family, or a community of carers, a flock, or a gang of singles. Can you tell which one is the leader or which one is the father, mother, the brother or the sister? Do you know which kid has come for a sleep-over and which one is being wooed? Which is the bird that has just chased off a predator like the cat, or hawk, or snake or even an eagle. How do they help each other stay safe?