This is the story of a real estate deal. Two pairs of crows have had their nests in this tree for as long we can remember.  Last year, they even posed for us as can be seen in the frist slide below.

Vicky magpie has moved her nest several times over the years. Traditionally, magpies keep the same nest year after year. Vicky kept her first nest for two years. But the second year, she had triplets in the nest when a bad storm forced them to fledge before they were ready, causing her to lose the youngest. Rinky and Rosie survived but had week lungs, taking them many weeks to gain strength and size before they were ready to come forward to visit. Then Vicky tried a few other spots with mixed results. We thought she had found  a successful nesting spot last year, but when we visited them, Maggie and Vicky took us to the crows' tree. We couldn't understand why. Thinking they were just being birds and so not really telling us anything, we didn't pay attention. But earlier this season (2008), when we asked Vicky what was happening in her nest, she again flew to the tree with te crows nest. I felt a bit annoyed that she was not showing us her plans properly. But we had misunderstood her. Vicky has always eagerly shown us her nest and bubs. Why would she suddenly change? Well she hadn't. A week or so later, when we visited again, she sat in both the nests that had formerly belonged to the crows. Amazing!

Vicky had stored a stash of twigs under the double-may bush in our back yard. She chose suitable twigs from this pile and built up the nests to her liking.

The magpies had purchased (or negotiated) the use of the crows nests, and the crows had given it to them. The crows and magpies negotiate frequently, make long term partnerships and are often good friends. This is another example. Perhaps that is the reason some of the crows have got bolder this winter and wanted to eat with the magpies. Vicky, Maggie, and other magpies often ask us for food for the crows and their kids, especially during winter. We learn more about the birds all the time. 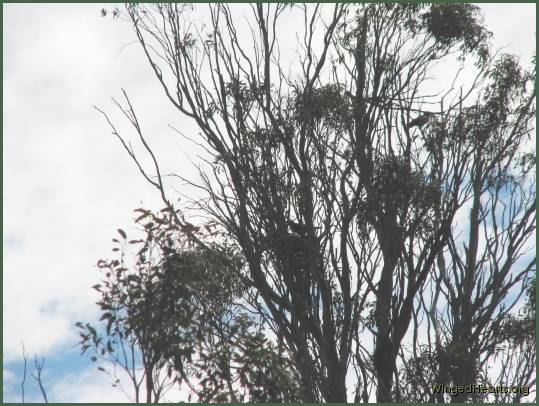 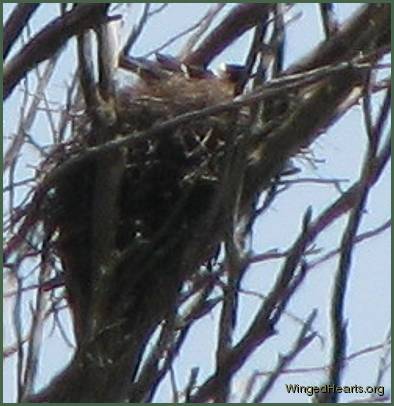 Maggie can keep guard on both nests 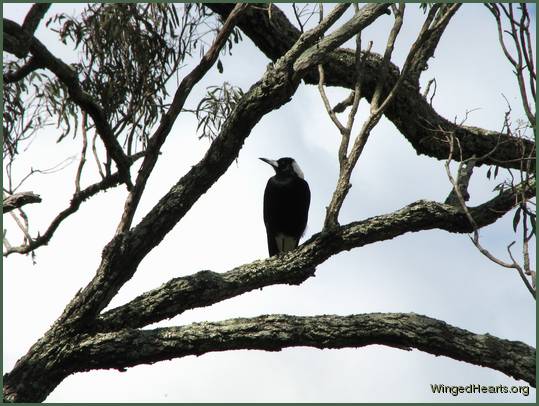