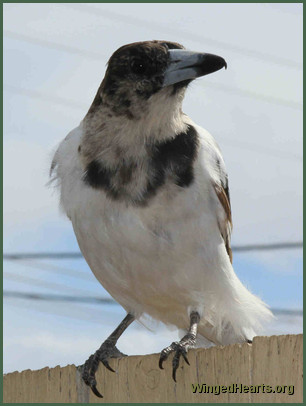 Nom is a one year old pied-butcherbird and a much loved friend of readess Jan & Victoria Anderson (remember the gorgeous picture of Pingu magpie with Vic).

Nom and older brother Om were regular visitors to Jan's home along with their siblings and parents (see picture below).

Bird territorial rules are very complex. When another pied-butcherbird family moved into the area they felt Jan's yard fell within their boundaries and began to chase Om, Nom and family away much to Jan and Vic's dismay.

Around the same time Nom began to show symptoms of conjunctivitis. (Regular readers may remember our pied-butcherbird Butchie getting this terrible condition which often inflicts pied-butcherbirds and which can end in a cruel death for the bird.) 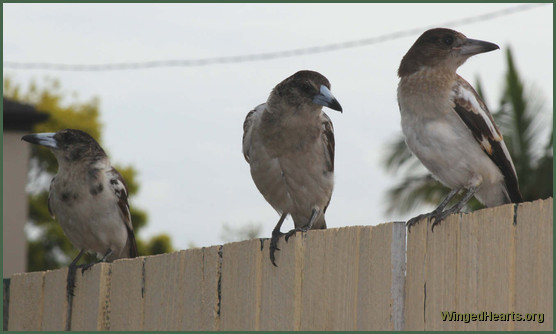 Getting medication to Nom was a real challenge as the new family would not let Nom come over for meds. Jan had to go down the street to where Nom's family could perch in peace to give Nom some mince balls with the medication inside.

Jan had been in touch with me and I suggested talking to the magpies and seeking their help. Jan did, she explained the situation to her local magpie families (picture below of Daddy magpie and 2 bubs).  They helped by staying closing to Nom and not letting the interlopers chase Nom away.  Jan was able to get some significant dose into Nom. 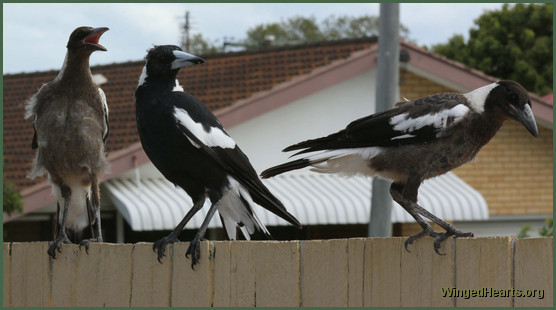 All this while the juvis are growing - that is their plumage changes colour to the black and white of adults. Om below has grown into a handsome bird. 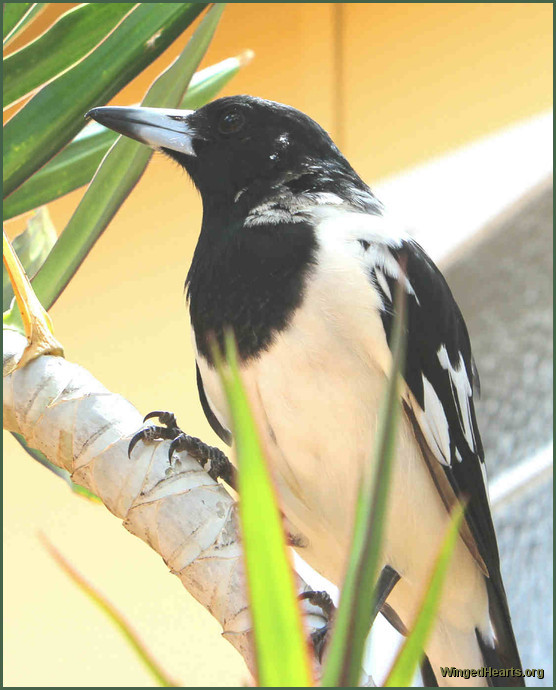 Jan was delighted to see Nom's eyes clear and healed. Nom plumage (below) is also rapidly changing colour.  Jan sought Daddy magpie's help a couple of times and each time they truned up within an hour two. 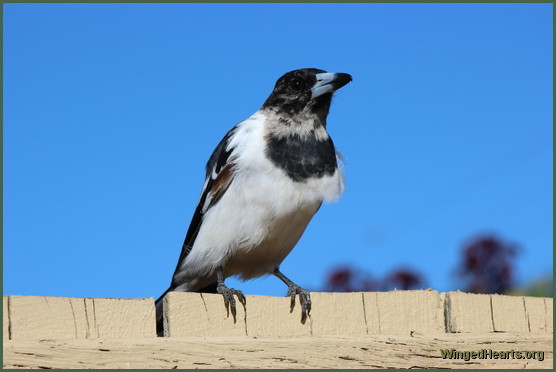 This is another fabulous story of how humans can help wild birds and engage their help in the process.  Jan feels its more than a coincidence as she has tried it several times after I told her that it works and each time she has found ti works for her too. Jan says there's a lot in life we can't explain and says she is glad that she put her initial cynicism aside and tried it.

Thanks Jan for your story and pics.

‹ Gypsy Magpie - Our Gift From Nature up Leah's Birds ›